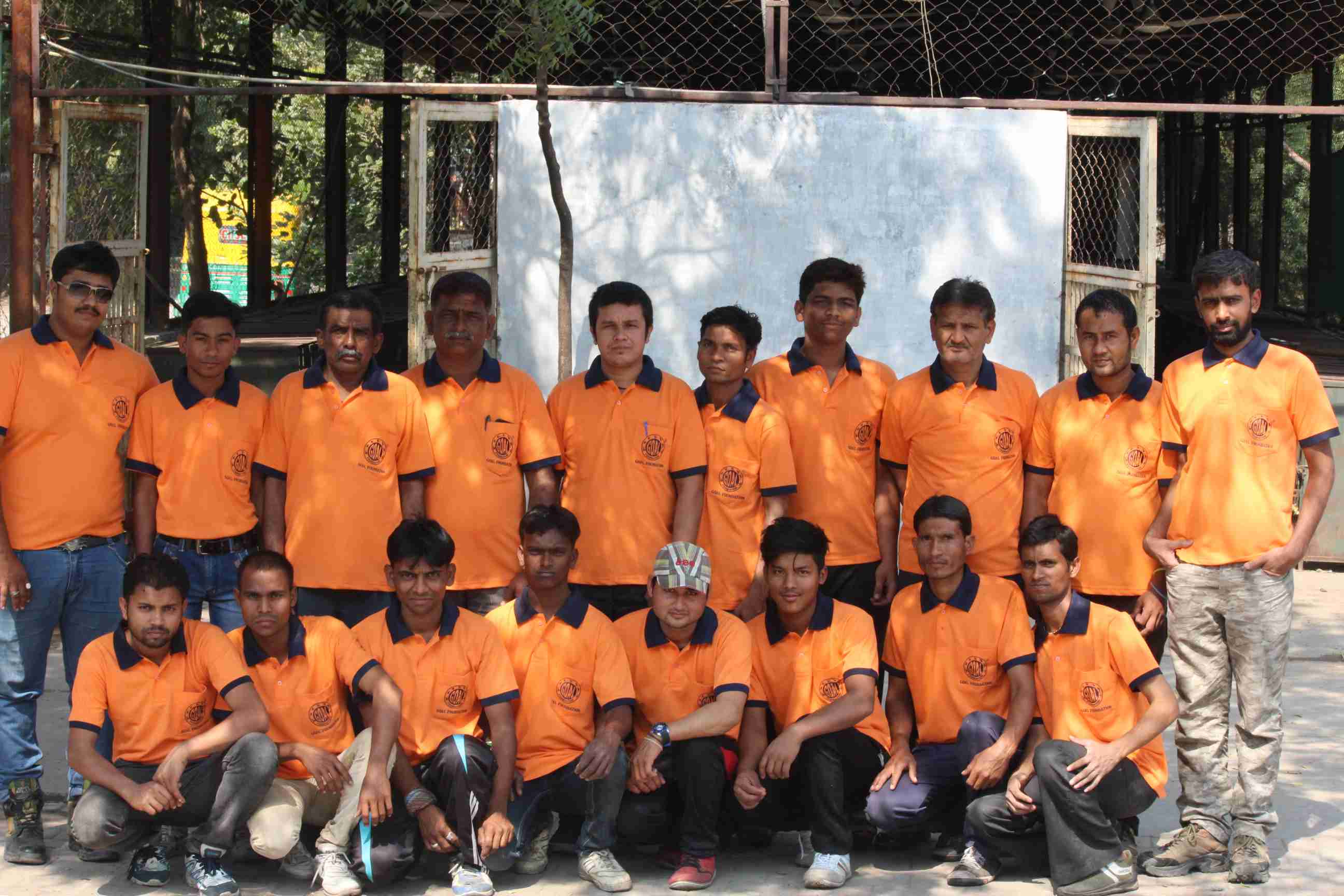 Previous Next
Building Plasma for Gujarat 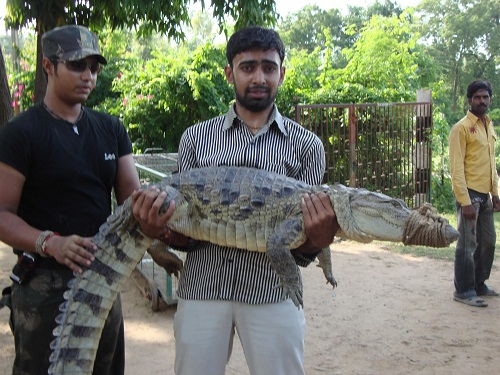 GOAL FOUNDATION is the brain child of few young like-minded animal lovers to protect, treat, help the animals and birds in the best possible way. In the year 2009 we formed an NGO with a simple and innovative idea of conserving wildlife by providing a starting an on call rescue for injured, abandoned and sick mammals, birds and reptiles. Field survey and studies help us to maintain their best possible natural habitat for them. With the growing need started an Ambulance Service for Animals in Ahmedabad and surrounding areas. 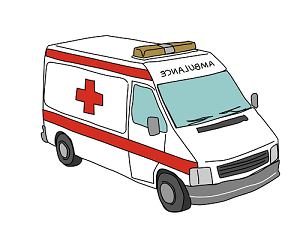 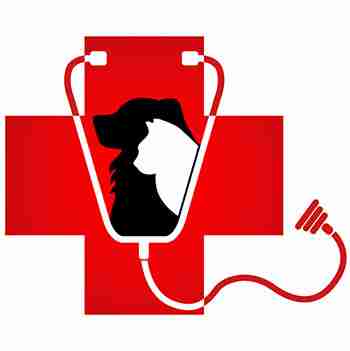 OPEN HTB PORTAL
Because We Really Care About Your Pets

We provide an on call Ambulance service to rescue Injured or sick Animals in Ahmedabad and Surrounding area. We believe in giving the best possible and fastest treatment to animals trying to reduce its discomfort and pain. We do receive calls for help from other NGO’s asking for our Ambulance help to transport or rescue the animal or bird. At the same time we forward and distribute rescue calls to other NGO’s whenever required. In this manner GOAL works as a team with all NGOs towards the Universal cause of animal conservation.

(During Kite Festival) Every year during Uttarayan – the kite flying festival also known as Makarsankranti, thousands of birds are injured because of the glass coated strings. In support with Gujarat Forest department we run a rescue, treatment and release campaign. During this Campaign we spread our call center /rescue contact numbers to the whole city with the help of various advertising medias so as the spread awareness about our helpline.

Cities like Ahmedabad and Rajkot have continuously seen an high urban area development which has resulted in Animal-Human conflicts. With the passing years we have seen an increase in the number of conflict cases and have found more animals being victims of cruelty due to lack of knowledge of surrounding wildlife and at times due to fear and curiosity amongst citizens. Our awareness campaign focuses on schools, colleges, public places, rural areas, corporate and civil construction sites. With the help of posters, live media, audio video visuals, radio and paper inserts we have tried to spread the do’s and don’ts of wildlife habitat.

A step forward towards our GOAL. Encouragement from citizens in all our successfully work, has inspired us to fulfil our next vision of opening a Clinic for Pets as well as owner-less and stray animals in the city of Ahmedabad. Our very first PET CLINIC which is located in Thaltej - S.G. Highway area has a qualified veterinary doctor and the basic required medicines and equipment's. We are now looking forward to our aim of starting such clinics in major areas of Ahmedabad city making it easier for people to bring the suffering animal to the nearest PET clinic and provide them with an immediate medical treatment reducing the pain and stress. PET CLINIC - Sola A/3, Anand Complex, Gulab Tower Road, Nr. Popular Wheeler, Thaltej, S. G. Highway, Ahmedabd - 380054 (M) 091- 7405 21 22 00
Technologies for Animal Welfare

Encouragement from citizens in all our successfully work has inspired us to fulfill our next vision of opening a Clinic for Pets as well as owner-less and stray animals in the city of Ahmedabad.

By collecting secure, authentic and Real-time data from the RFID* device, we can get accurate statistical analysis and an on time information, which is very helpful in decision making and research to improve their lives.

IdentificationNeed of AIDLMS (Animal Identification & Life Cycle Management System) The necessity for poof of ownership and identification. Keepers to maintain records of origin, identity and destination of animals 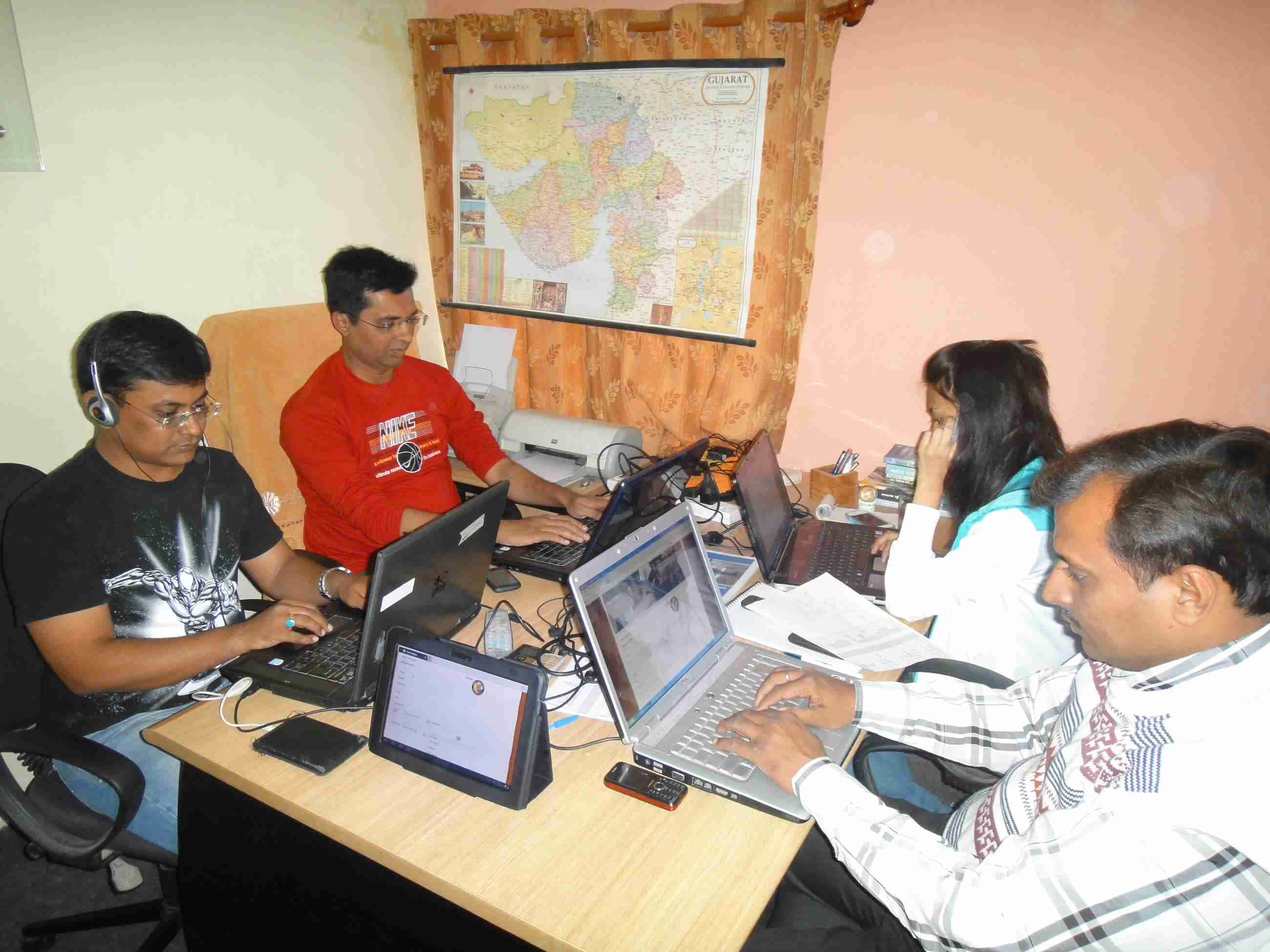 Every year during ‘Uttarayan’ – the kite flying festival also known as ‘Makarsankranti’; thousands of birds are injured by the glass coated ... 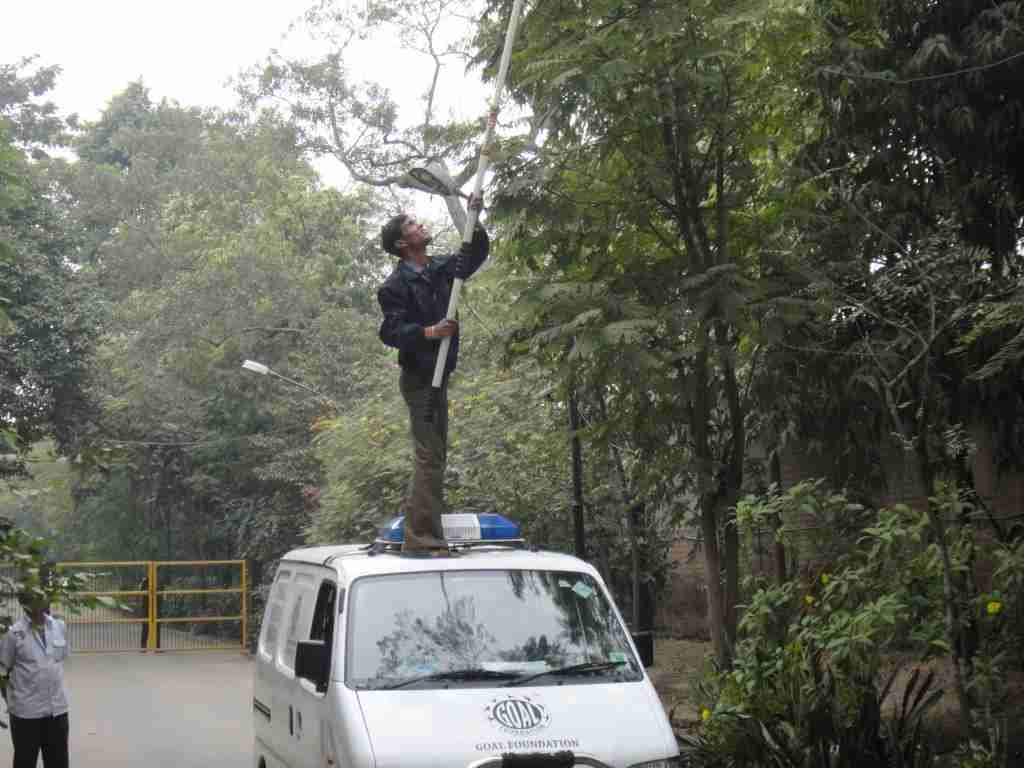 Our team consists of trained and qualified wildlife specialist staffs and volunteers, who quickly respond and rescue the animals in distress and provi... 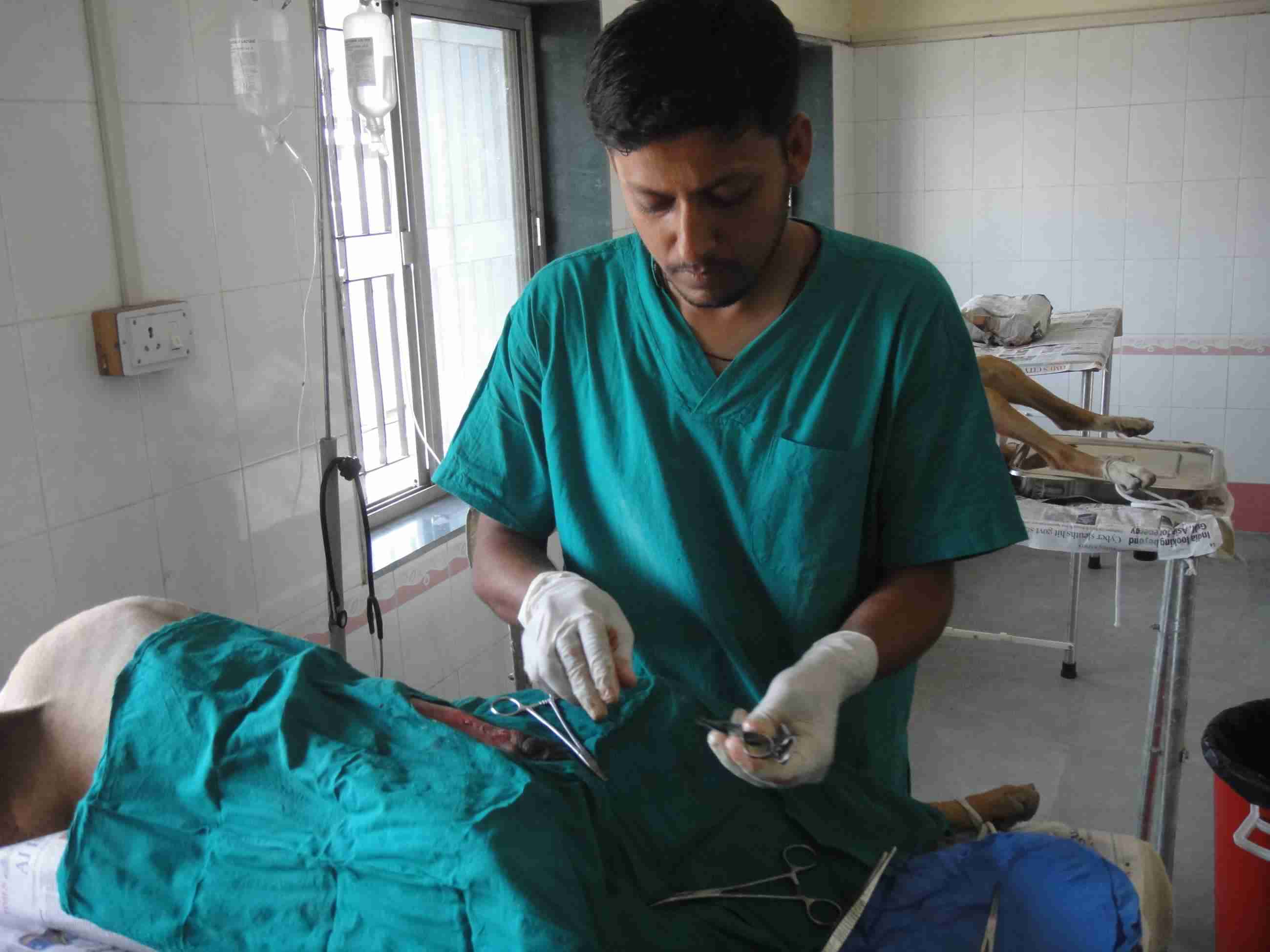 TO CONTROL THE STREET DOGS POPULATION WE ARE WORKING IN AHMEDABAD AND RAJKOT CITY, WE HAVE ALSO ASSOCIATED FOR ANIMAL BIRTH CONTROL WITH THE LOCAL NGO...
VIEW GALLARY VIEW ALL BLOGS VIEW VIDEOS
Because We Really Care About Your Pets

Nice and awesome work for animals by this goal fondation... Its truly means and Worths its names meaning that GROUP OF ANIMAL LOVERS 100% proven....Keep it up guys... Best of luck 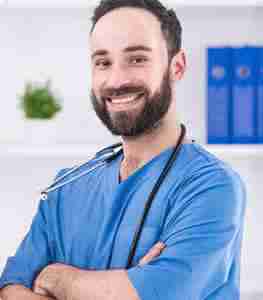 Nitul Patel
A MESSAGE FOR GOAL FOUNDATION Vasudhaiva kutumbakum is a Sanskrit phrase which means the whole world is one family. We are all children of GOD and we all must live in peace and harmony with each other.
Dr. Praveg Gupta
Greatest than Great worked by team Thanks again to help such for animals , myself called for help One injured dog they came On my place and treated dog .Now dog are also felling better. Thanks for in emergency they help 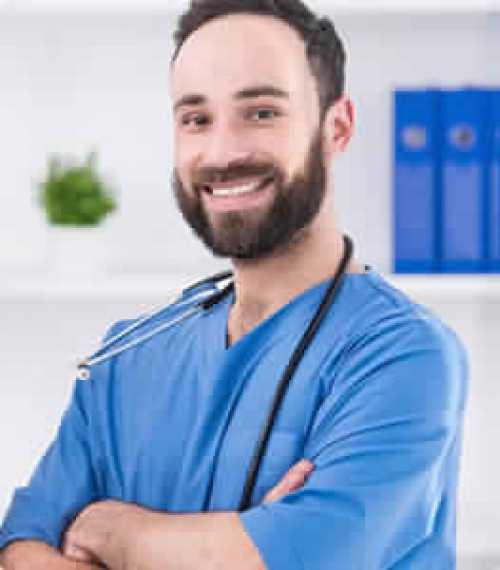